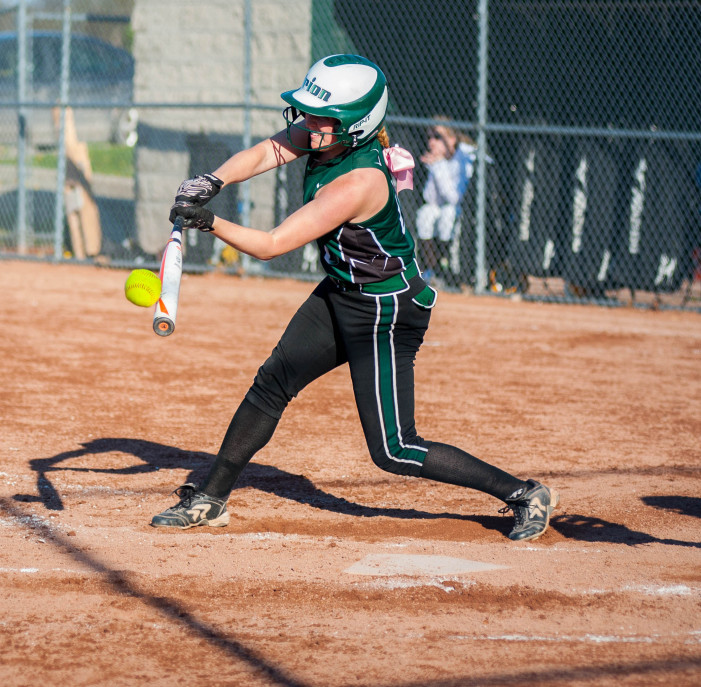 By Meg Peters
Review Co-Editor
Lake Orion’s athletics program has caught attention nationwide, after ranking third in USA Today’s “2015-16 America’s Best Athletic Program” competition.
The fan-vote competition began at the beginning of the academic year, after 4,991 high schools nationwide were entered. Qualifying high schools had to have won at least one state championship within the past five years. Lake Orion was entered based on its latest state title taken by the varsity boys’ track team in 2012.
The community voters whittled down the competitors during the first round of competition after Lake Orion beat all 203 Michigan high schools with 7,416 votes, moving on to one of two regional competitions. Lake Orion finished seventh in the region, with 8,347 votes. The top ten teams from each regional competition advanced to the final round.
On June 3, Athletic Director Bill Reiss received the good news: the Dragons athletic program had inspired 54,531 votes over the week, finishing third for best program in the nation.
“I just can’t believe all the well wishes,” Reiss said.
One group in particular Reiss knew spread the word was the 2006 alumni group, which pasted it all over Facebook, among others locations.
“We had people voting from back from when I was just a teacher in ’73, from all walks of life. All types of people who have spent their time here.”
Although the boy’s track team took the most recent state title, several other teams have made their mark.
The varsity football team was state champs in 2010 and the state’s runner up in 2008. Baseball took the title in 2007, along with the girl’s golf team. There were the volleyball and hockey teams, which have competed in the final four. The volleyball team was state runners-up in 2011.
The varsity cheerleading team has also competed at the state finals every year for the past 13 years, placing in the top four several times.
“We’re knocking on the door for so many others,” Reiss said. “It’s funny, because I can walk into different places—I’m a regular at Michigan State games, at the Lions, the Tigers, and everybody knows our sports program, and it’s been really something to see how it’s grown in the past 13 years I’ve been here. This is the cherry on top.”
It’s all about the athletes. Not only do they reign on the field, they study hard and make an impact in their community, he said.
Many of the teams are all-state in academics, such as the softball team, which ranked in the Michigan High School Softball Coaches Association All Academic Awards this year.
It’s the coaches too.
Tennis coach Eric Bracciano just won coach of the year for the region, and track coach Stan Ford was recently honored for all of his years of service to Lake Orion by the Oakland County Track and Field Association.
Reiss said many people link Lake Orion with its football team, “but quite frankly, the most winning program we have at LO is boys’ cross country. They’ve won more league and regional championships than any other sports we’ve had, and that is a tribute to Stan,” he said.
The only team left contending for a state title this year is varsity softball and Reiss is rooting. The girls are 33-5 and are ranked sixth in the state in Division 1.
On Saturday, 10 a.m., the girls will be playing at Bloomfield Hills High School against Birmingham Groves in the regional semi-finals. If they win, they will advance to the state quarter finals, and after that onto the state championship.
“I think we have a great chance to advance,” Reiss said. “I’m pulling for them.”
As for the competition, Reiss wishes to thank the entire community. Lake Orion Schools will receive a $500 award, which will be used to fill in budget gaps, Reiss said, and will receive an honorary banner.
“It should be a big deal to the district we won this national award. It’s a feather in our cap. We’ll be proud to hang that banner.”