Dragon Softball team looks to turn it around and 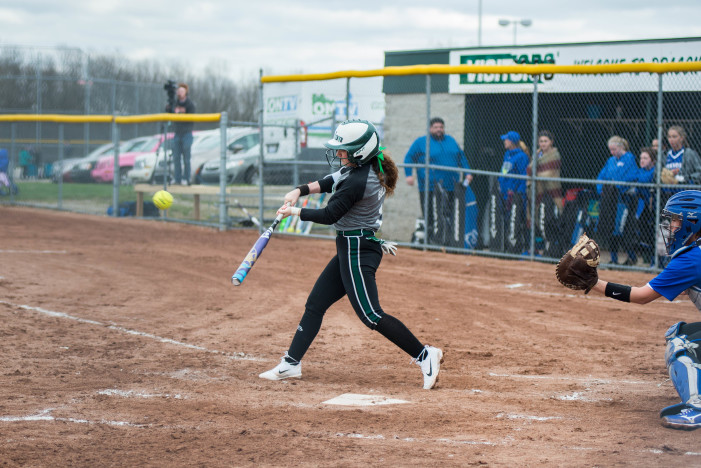 The Lake Orion girls softball team faces a tough challenge in the remainder of the season, but can still turn things around in OAA play and in districts.

“We are going through a rough patch right now, as we just aren’t playing well defensively,” said Coach Joe Woityra.

The team lost to Clarkston on April 25, but also gained some confidence after defeating Watervliet High School.

The team has been playing seven games a week between double headers and weekend tournaments.

This Friday, the girls travel to another tournament in Petoskey.

The team is tied for second place in the league with Oxford, who they played Tuesday after the paper went to press.

“We are working to correct our defensive issues and I have confidence that we will do that and be ready for district tournaments that begin on June third,” the coach said.

We are up against three tough teams, Clarkston, Oxford, Waterford Mott,” said Woityra. “Whoever wins should go far at the state level.”