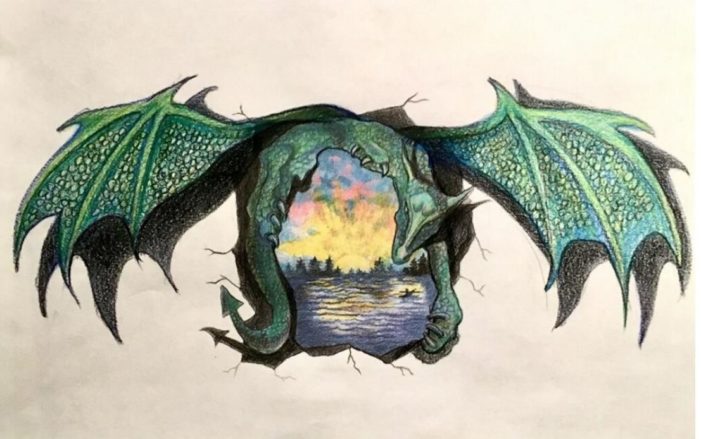 This design for a dragon mural in downtown Lake Orion met with some skepticism from Village of Lake Orion planning commissioners during their regular meeting on Sept. 3.

The mural would have gone on the north facade of the new four-story building at 120 S. Broadway St.

Commissioners said the dragon looked too fierce and didn’t like the size of the rendering, which would have covered one-third of the east side of the building. Though they were generally in favor of public art.

The Detroit Institute of Arts proposed the mural and agreed to pay for the $15,000 project. The village’s Arts Committee is currently exploring other renderings and options for proceeding with the muarl. — J.N.

Dragon mural design gets nay vote from village planning comm. added by mmkelley on September 11, 2019
View all posts by mmkelley →