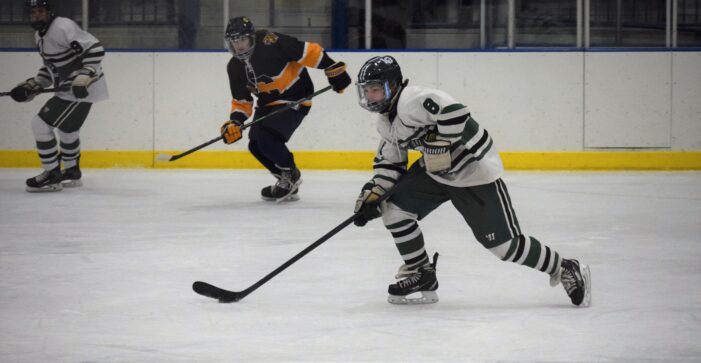 The Dragons beat Rochester 4-0 in the regional final on Friday at the Detroit Skating Club in Bloomfield Twp. to win the team’s third regional hockey title in school history.

With the victory, Lake Orion (11-5 overall) now moves on to the MHSAA state quarterfinals game against Brighton High School (9-4-3) at 7:30 p.m. tonight at Suburban Ice Arena in Macomb.

If the Dragons win the quarterfinal match, they would face either Salem (8-5) or Detroit Catholic Central (15-1) in the semifinal on Friday at USA Hockey Area in Plymouth. The state final is Saturday.

Lake Orion earned a bye in the first round of regionals and then were supposed to play Macomb Dakota in the regional semifinal but got another bye round.