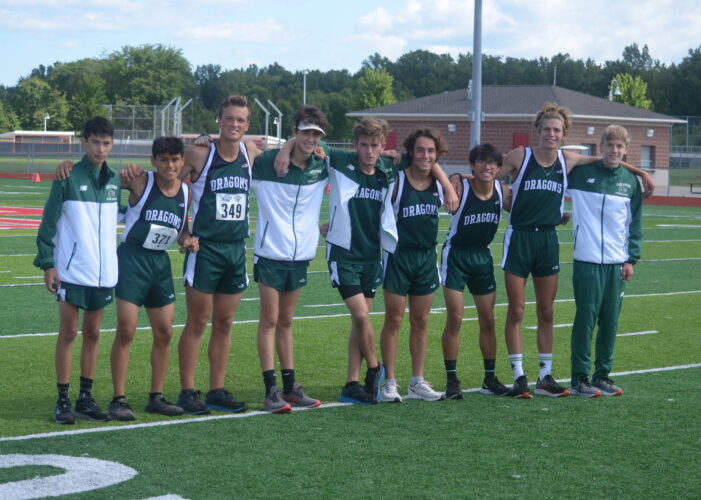 “The Lake Orion men’s cross country team had a good start to 2021 with their first meet of the season,” said Coach Stan Ford.

“The team’s goal was to keep in a pack and they did with junior Luke Peardon (17:07.7) and senior Will Houvener (17:11.7) coming in fifth and sixth, respectively. All five finished within 44 seconds (of each other),” Ford said.

“This year’s team consists of 52 runners, led by a group of experienced seniors. Top returnees are seniors Hong Bing Tang, Clayton Kuiper, Adam Hafeli and juniors Luke Peardon and Eddie Cromwell,” Ford said. “All have had a nice summer of conditioning that should really help them to take advantage of their 2020 meet experience.

“This group tied for the OAA League Championship and qualified for the state meet in 2020. If this group shows improvement and runs in a pack, 2021 should be a lot of fun!” Ford said.

The Dragons were 17th in the MHSAA Division 1 finals in 2020 and return four of their top five scorers from that team. Nicholas Laurent, the Dragons top runner last year, graduated this spring.

Lake Orion also has some depth and young runners who could make a contribution this year – and down the road.

The Dragons next race is Saturday at the Averill Invite. – Jim Newell

Dragon cross country team starts the season with a win at the Anchor Bay Invitational added by mmkelley on September 8, 2021
View all posts by mmkelley →