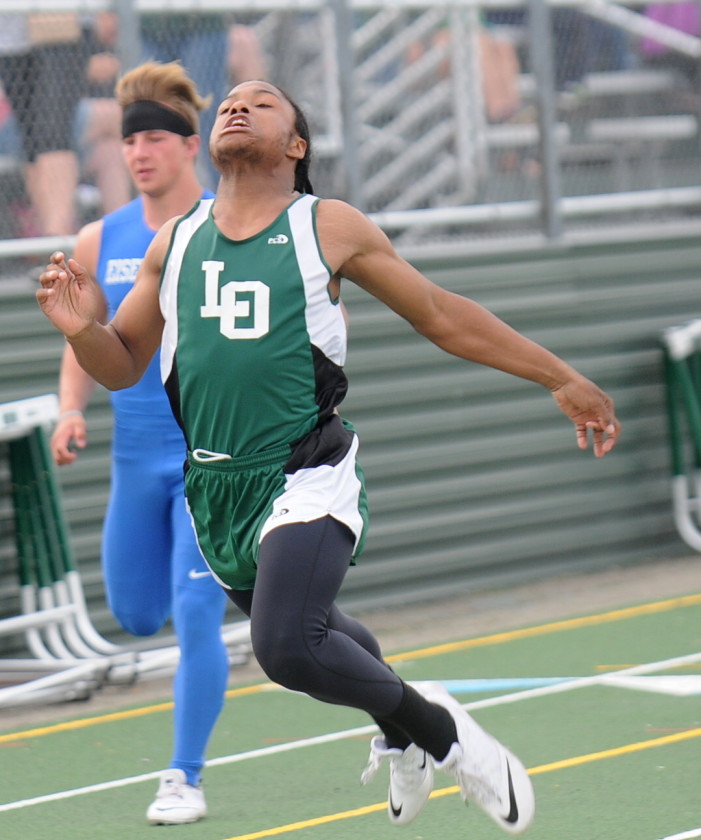 Lake Orion’s boys track team, depleted by several injuries, showed why they are one of the deepest teams in the state by finishing second in the Division 1 Regional Meet held last week for the first time ever at Lake Orion High School.
The Dragons, despite not winning a single event, finished a close second to Romeo, 82 to 74.5.
According to Coach Stan Ford, there were a lot of personal records set by the athletes and many of those bests qualified them to compete in the Division 1 state championships on June 4 at Hudsonville.
The meet started with a state qualifying effort in the 3200m relay placing second, with Nolan Maupin, Drew Giem, Matthew Arenz, and Jack Everts participating.
Everts doubled up with his second place in the 800m run with a personal best of 1:57.17.
La’Juan Broner took home second place in the 100m dash with his personal best time, 11.37, which qualified him for the state finals.
Michael Jarvis also qualified for the state meet by virtue of his second place finish in the1600m run, with his seasonal best of 4:26.16.
Contributing valuable points to the team effort were Kevin Hansen, setting a personal record in the 800m Run, Ryan Mulcahy running his best 3200m and finishing fifth.
Cameron Shadaia took fifth in the shot put. Zach Dinverno leaped to fourth in the high jump with a personal record. Dallas Cleary, had a personal record in the 200 meters.
Daniel White finished seventh in the long jump with a personal record.