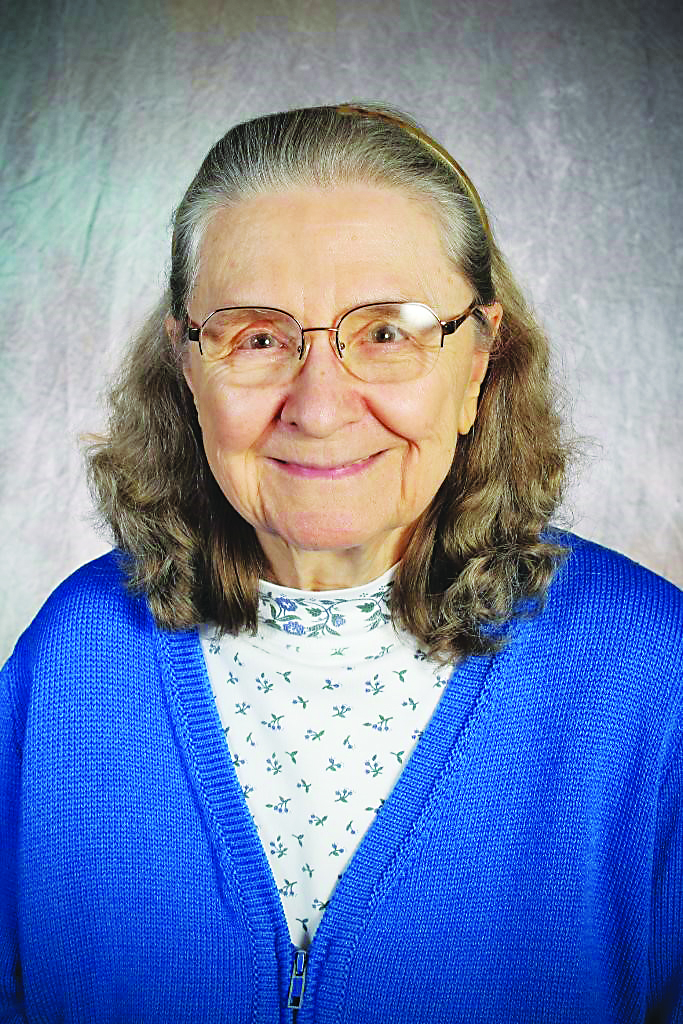 Donna was born Aug. 6, 1930, in Bedford, Indiana to George Edward Marshall and Pearl Naomi Donahue. From the age of three she was reared in Oxford, Michigan.

Donna and Gordon C. Brown were married shortly after high school and lived many years in Lake Orion, Michigan where they reared their three children.

In her later years, Donna moved to Oak Creek, Wisconsin to be closer to family.

Donna had five grandchildren, Steven (Rebecka) Brown, Karla (Steve) Bolender, Sarah (Timothy) Thoenes, Aaron (Vicki) Bartkowiak, Matthew (Lori) Bartkowiak. There are 17 greatgrandchildren living in Michigan, Minnesota and Wisconsin. Donna was able to have five generations represented in Wisconsin having six great-great-grandchildren. Donna is survived by many other relatives and friends.

Donna loved doing multiple types of crafts. She made a lot of pottery, even creating many of her own glazes. She was an avid painter.

Later in life she owned her own business, a yarn shop, where she gave knitting lessons. She traveled to various conventions learning different styles of weaving with several looms. Our family members are enjoying many of her lovely creations.

Donna was involved in independent Baptist churches in Michigan and Wisconsin.

We are thankful for the good care she received by the staff at Elizabeth Residence in Oak Creek. We are very grateful for the loving care of therapist Christine and the final week’s care by Warren with AseraCare Hospice.

Donna Brown, 92, formerly of Lake Orion added by mmkelley on January 5, 2023
View all posts by mmkelley →