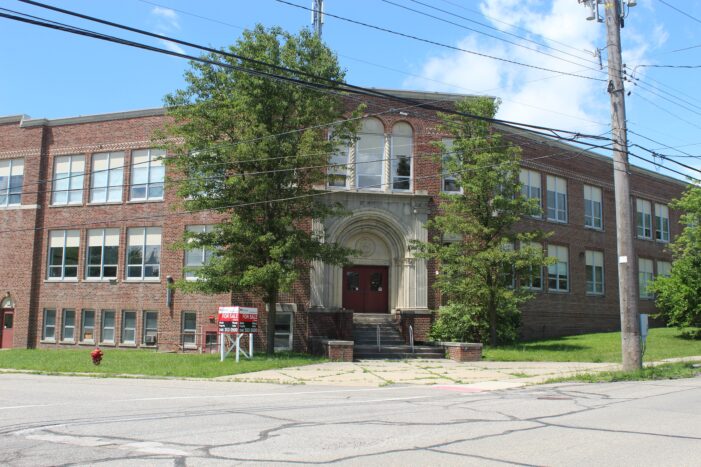 The Ehman Center may be coming under new ownership soon after a Pontiac-based investment group expressed interest in the property and presented a plan for adaptive re-use of the building to Lake Orion’s Downtown Development Authority board during its regular meeting on June 8. 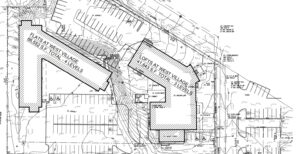 Kyle Westberg, co-owner of West Construction Services, joined the DDA board to propose the renovation and construction of the former Orion High School into a mixed-use building.

Currently, plans consist of 100 apartments and loft-style residential units, as well as a repurposed gymnasium that could then be used as a venue space.

In total, the project is estimated to cost $19.8 million.

“I know that building has been somewhat of a blessing and a curse to the community because it’s a beautiful building and it should be re-purposed but none of the developers that have owned it over the past couple decades have been able to figure out processes forward,” said Westberg. “We feel it fits right into our niche of how we know how to do real estate development, specifically with historic preservation projects.”

West Construction Services has worked on projects in Pontiac, transforming an old Sears department store into the mixed-use Lafayette Place Lofts, and received the Governor’s Award for Historic Preservation for their work on the Flagstar Strand Theatre.

The Ehman Center building currently sits vacant and is owned by Legacy Lake Orion, a limited liability company consisting of Christian Mills, Kellie McDonald, Todd Garris and Scott Garretson. The group purchased the property at public auction for $45,000 in April of 2014 after it had been foreclosed on by the Michigan Land Bank.

The Ehman Center, located at 55 Elizabeth St., has been purchased and sold a number of times but has long evaded development due to zoning requirements.

West Construction Services, at present, have a purchase agreement with a six-month due diligence period and are going through government approvals and analysis’ that are necessary to complete, Westberg told the DDA.

The proposed development will utilize the original 25 classrooms, office space and meeting rooms to create 30 loft-style apartments and keep a lot of the features that are still intact in the building like the hardwood floors, lockers and chalkboards.

“The building is in great shape, for a building this age that hasn’t really been used, it has been cared for to some level,” said Westberg.

“So, the classrooms are pretty interesting in that they’re exactly the size of a one-bedroom apartment that we would build for new construction. So, most of them have the hardwood floors that are still intact a couple of them have been damaged and have to be repaired.

“Original chalkboards are still in the classrooms that we will retain in the design. The ceilings are 12 feet tall — there’s really a lot of volume in there — the windows, although we’ll probably reglaze them, are in pretty good shape. Some of the lockers in the hallways might be retained…These will be middle-upper end potentially luxury-style designs,” he said.

The second structure is an entirely new building that is expected to be more than 60,000 square feet and include 68 apartments.

Westberg touched on the possible demographic stating that likely the apartments/lofts would be rented by “empty nesters” who wish to remain in the area, or single people who are in their late twenties and early thirties.

Board members and DDA staff sounded off on the idea, expressing their excitement for the project.

“I like this project because it is putting downtown living in a residential area. For those of you who have been downtown lately, we have been pretty noisy because we have lots of people there and we’re putting lots of music in downtown,” said DDA Executive Director Molly Lalone.

“And some people want a downtown life but they don’t want the downtown sound and this is offering that opportunity and I think that’s a great thing for Lake Orion to have,” said Lalone.

DDA board hears adaptive re-use proposal for Ehman Center added by mmkelley on June 23, 2021
View all posts by mmkelley →