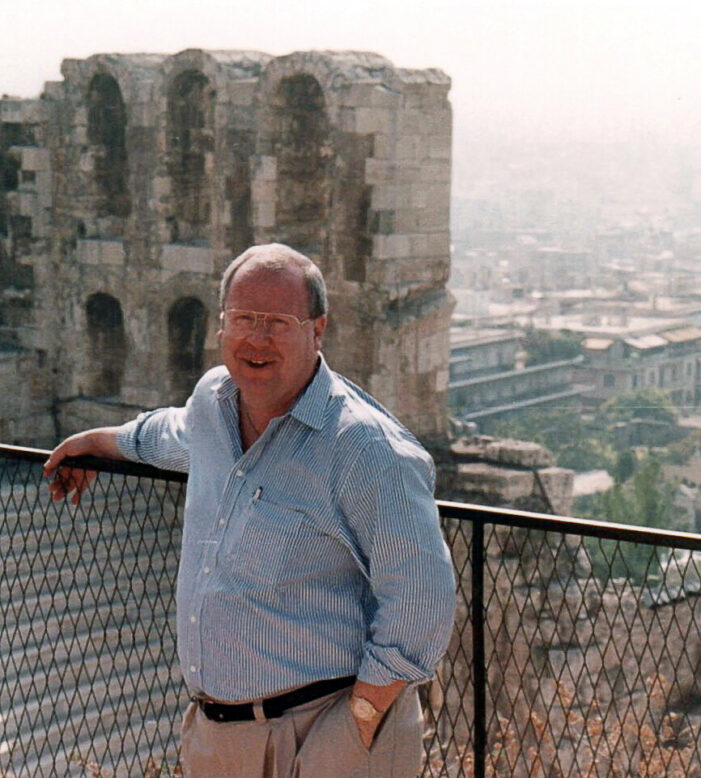 David Wesley Duenow, loving husband, father and grandfather passed away in Lake Orion, Michigan on Monday, October 12, 2020 at the age of 77.

Dave was born, September 23, 1943 in Minneapolis, Minnesota to Wesley and Peggy (Briggs) Duenow.

Dave received his Bachelor of Science degree in Business Administration from Wisconsin State University in 1970.

Dave married the love of his life, Mary Louise Boos, in March 1973, who survives him. Shortly after they married, they traveled the country for several months in a pick-up truck and camper, which began a life filled with the love of travel.

They raised one son, Wesley, and two daughters, Heather and Kimberly.

Dave worked for Kmart Corporation for 30 years where he held many positions from Regional Manager to Director of Global Sourcing.

He lived, worked and traveled all over the world, including living in Munich, Germany for several years. Throughout his life, Dave developed many friendships, extended families and a network of people who loved and cared for him.

Dave loved growing up on a lake, boating and water skiing. He was a water-skiing champion in Minnesota and Wisconsin. He passed his love for the outdoors to his children and friends.

Dave had a generous heart and was always thinking of others. His wit, love of surprises and dedication to his family and friends will be long remembered.

Dave is preceded in death by his father, Wesley, and his mother, Peggy.

A funeral service will be held Friday, October 23, 2020 at Sacred Heart Catholic Church in Owatonna, Minnesota. Due to occupancy restrictions, the family is limiting the service to close family and friends.

Memorial contributions can be made to the National Forest Foundation (nationalforests.org) in memory of David Wesley Duenow.

David Wesley Duenow, 77, of Lake Orion added by mmkelley on October 19, 2020
View all posts by mmkelley →