Darbyshire, Richard A.; 88, of Lake Orion 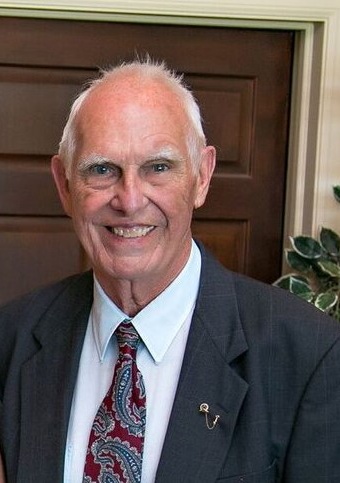 Richard Allen Darbyshire, of Lake Orion and formerly of Clawson/Troy, passed away in his wife Genevieve’s arms in his home on January 21, 2019. He was 88-years-old. Richard is the loving husband of Genevieve for 61 years; dear father of Robert (Rena), Edward (Marlene), Leonard, David (Lori), Richard (Jennifer), Gretchen (James Metevier), James (Erica), Marianela, Audrey Christensen (Marcus), Louise Bjelobrk (Milan) and Ronald Heathcliff; grandfather of eighteen and great-grandfather of two. He is the brother of Alice Walker and the late Ronald. Richard (aka Dick) was battling CIDP, a neurological condition, for the past 9 months. Though the condition took over the use of his body, it did not take his mind nor his spirit. He will be missed dearly by family and friends.
Dick was born in Armada, Michigan and grew up in Troy, Michigan with his younger siblings, Ronnie and Alice (Walker). While attending school at Log Cabin, Dick participated in sports, the school annual and the school play, “Mama’s Baby Boy”. After school Dick would deliver papers for extra money.
With the encouragement of his parents, Dick attended Lawrence Institute of Technology (now Lawrence Technological University). There he became an active member of Phi Kappa Upsilon fraternity and made many lifelong friends. Richard received a Bachelor of Science in Mechanical Engineering degree in 1954.
Shortly after graduation Dick was drafted into the U.S. Army. Before leaving he met Genevieve through his high school classmate, Rick Wyatt. In the army, his engineering knowledge allowed him options where to be stationed, Dick ended up near the Panama Canal. There he worked as a Fire Control Repairman repairing radar, electro-mechanical computer and hydraulic systems for light anti-aircraft weapons (Skysweepers). During his entire 2 years in the service Dick and Jenny corresponded.
After being discharged, Richard and Genevieve married on May 4, 1957. Initially living in Royal Oak then settling in their first home in Clawson, Michigan. It was here that they started their family. In 1977 after the birth of their 10th child, Richard’s dad encouraged Dick and Genevieve move from their 900 square foot home in Clawson to their current home in Lake Orion. During the early family years Dick took flying lessons, became a founding member of the Troy Elks, participated in the Clawson Dad’s Club, joined the Engineering Society of Detroit, served on the LIT Alumni board, remained an active alumni of Phi Kappa Upsilon and went back to Lawrence Tech obtained his second Bachelor of Science in Electrical Engineering in 1961. In the later family years Dick enjoyed chopping wood, hunting, sailing on Lake Voorheis, and Welcome Wagon.
Dick’s career was long and diversified. He was very proud to say he designed things that were “out of this world”, components on the moon vehicle for Bendix. He also worked on thrust gyros for missiles at LTV, tanks for Chrysler Defense/General Dynamics and automotive components for General Motors and Chrysler. During his time working he made many friends, joined the golf league and the “Vette Sette” Corvette club.
Richard finally retired in 2002, at the age of 72. At this point his and Genevieve’s 11 children had all moved out of the Lake Orion house and they could enjoy their time together. They spent their days being hobby sheep farmers with their sons, fixing cars and lawn mowers, and playing the stock market. The thing that probably gave him most joy though was when the family would get together and work on projects. Many of times he would join them as they roofed houses, built walls, camped or just hung out together. He was always eager to hear the new projects they had going on and see pictures of their travels. He would often speak with great pride when they came up with a different way to fix something or handle an issue at work. He was always willing to give his input.
Richard Darbyshire was a great man. He will be missed terribly by many. But mostly from his beloved wife of 61 years Genevieve, his sister Alice, his 7 sons, 4 daughters, 18 grandchildren, 2 great grandchildren and his son and daughter-in-laws.
The family will receive friends Friday, January 25, 2019 at 3-8 p.m. with Funeral Service Saturday, January 26, 2019 at 12 Noon at A.J. Desmond & Sons Funeral Home, 2600 Crooks Rd. (between Maple and Big Beaver), 248-362-2500.
In lieu of flowers, memorial tributes to Lawrence Tech Alumni Association or GBS/CIDP Foundation International.