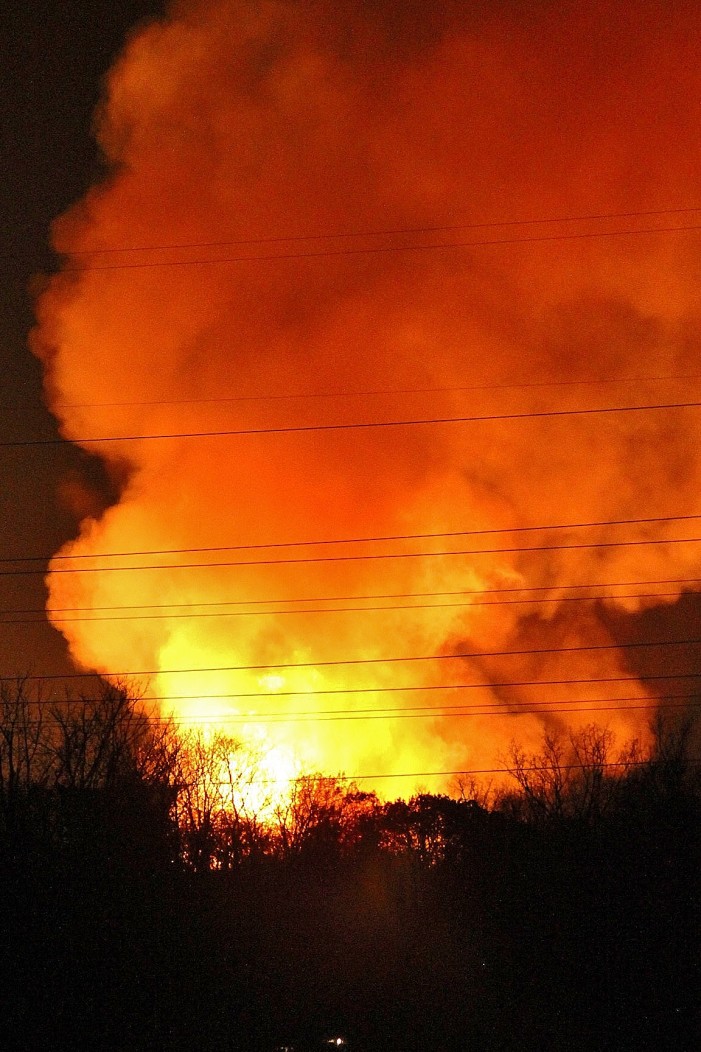 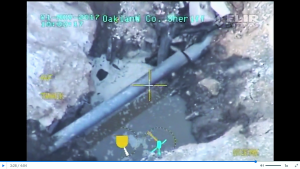 Consumers Energy has determined the cause of a 22-inch natural gas main rupture off Brown Road that led to an explosion and fire Nov. 20.

In a statement released by Katelyn Carey, director of media relations, governmental, regulatory and public affairs for Consumers, the cause of the gas main break has been determined to be the weight of the fill material over the pipe.

Below is the full statement from Consumers Energy:

“After a thorough investigation, Consumers Energy officials determined approximately 21 feet of fill material was added over top of the pipeline by a third party. The weight of the fill stressed the pipeline and caused it to sag due to the compressibility of the supporting organic soil layer (a swampy area) which caused a break and rupture in the pipeline on November 20, 2017 in Orion Township, Michigan. No injuries occurred. This type of pipeline break is extremely rare. Consumers Energy is taking immediate action to help ensure it does not happen again including: enhancing inspection patrols of all gas transmission lines; revising our construction standards to evaluate soil compressibility; and implementing comprehensive remediation plans that meet or exceed state and federal requirements. Consumers Energy remains committed to safely providing reliable and affordable natural gas to our customers.”

The explosion rocked the south end of Orion Township Nov. 20 when the buried natural gas main in the 700 block of Brown road ruptured shortly before 10 p.m. Minutes later, a plume of fire and smoke billowed into the night sky, visible from miles away.

Orion Township Supervisor Chris Barnett said he and township officials have met with Consumers Energy to discuss the progress of the investigation and the next steps.

“We met with officials from Consumers Energy on Friday afternoon. They updated us on the status of their findings. We are pleased to hear they have determined the cause of the break and are optimistic that this fix will be a long-term solution,” Barnett said. “As always, the safety of our residents is our number one priority. Consumers officials have insured us that this fix will do just that.”

Debra Dodd, media relations for Consumers Energy, said the section of damaged pipe will be replaced.

“Yes, we have had two meetings with Orion Township officials to apprise them of our investigation, findings and go-forward strategy. Our project manager for the pipeline replacement work will also keep in close contact with the township before and during construction,” Dodd said.

Consumers Energy removed the affected section of pipe on Nov. 24 for metallurgical testing to determine what had caused the 22-inch gas main to rupture.

“Consumers Energy’s own lab performed a number of metallurgical tests on the (affected) pipe to determine the failure mode. These results were shared with the Michigan Public Service Commission as part of our report to this organization,” Dodd said. 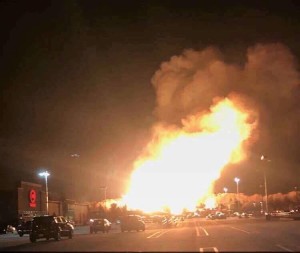 The gas main ruptured, causing the explosion on Brown Road, west of Joslyn Road, across from the Meijer and Target complex. The fire was behind the Checkers Drive-in restaurant on the north side of Brown.

The Orion Township Fire Department received the call of the explosion at 9:54 p.m.

All four of Orion Township’s fire stations responded to the fire.

Firefighters and police did evacuate the nearby businesses and homes on Joslyn Road up to Judah Road as a precaution, said Orion Township Interim Fire Chief John Pender, adding that the Meijer parking lot gave first responder a place to stage emergency vehicles.

Firefighters were able to clear the site about 3 a.m., Pender said, but did return Tuesday morning to douse flare ups and hot spots.

“We expected that,” he said. “Our crews are still out there handling smaller brush fires.”

“Gas was shut off to the Brown Road main around 11:40pm. Fire crews then advanced hose lines near the rupture area to begin extinguishing exposures including multiple construction utility trailers that were on fire.”

Flames shot 150 feet into the air and fire damaged trees and vegetation hundreds of feet in all directions. Fire crews remained on scene for several hours extinguishing brush fires and cleared the scene around 4 a.m. but returned shortly before 8:30 a.m. the next day to douse flareups, Hagan said.

No one was injured throughout the incident and there was little property damage. According to Consumers Energy, residential gas supply was not affected with the rupture or the closure of the valves to the main.