Safety First! The dangers of swimming & boating are very real 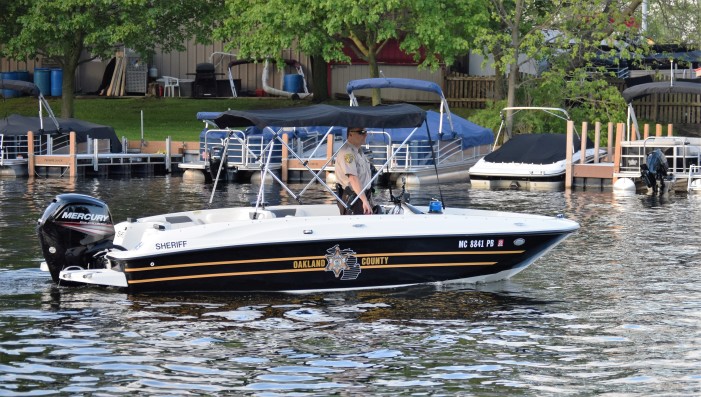 A Message from the Oakland County Sheriff’s Office The Sheriff’s Office needs to remind residents of prudent safety precautions related to water activities. We urge boaters and swimmers to please use caution at all times when out on the lakes this summer. Young children need constant, close (within a few feet) supervision in and around […]

By Jim Newell Review Editor The Lake Orion Board of Education gave district administrators and engineers some direction on how they wished to proceed with a proposed bond during a special board meeting last week. The district also began to pare down some of the proposed items in the long-term facilities plan. But the school […]

By Jim Newell Review Editor Seven may be the proverbial lucky number but, for a select group of Lake Orion High School students, nine is the number in which dreams come to fruition The LOHS Television Production Workshop (TPW) class and Dragon Broadcasting program achieved the long-coveted aspiration of winning a ninth Spartan Award in […]

By Susan Carroll Review Writer Green’s Park is on the eastern shore of Lake Orion off M-24 in the Village of Lake Orion. It’s the only public park on the lake and offers many exciting activities such as a sandy beach with swimming in a boat free area. The village just made it easier for […]

By Jim Newell Review Editor The Lake Orion Community Schools Board of Education is still considering a bond proposal to update facilities and school safety features, enhance programming and add new classrooms to existing buildings. The school board held a workshop meeting on May 9 to hear about the details of a potential bond and […]

Run the Veterans Memorial Day 5k in your red, white and blue

The Orion Veterans Memorial host its second annual 5k run/walk on Memorial Day, May 28. The patriotic race starts in Lake Orion, on Broadway Street south of Flint Street, in front of Sagebrush Cantina and finishes at Odanah Ave., west of the memorial on M-24. Dog tags will be handed out to each finisher. Race […]

Chamber of Commerce moving to the Orion Center

By Jim Newell Review Editor The Orion Area Chamber of Commerce is getting new digs, moving from its location in downtown Lake Orion to the Orion Center in June. Under the deal with Orion Township, which owns the Orion Center, the chamber will pay $750 per month during its three-year contract. AThe deal also includes […]