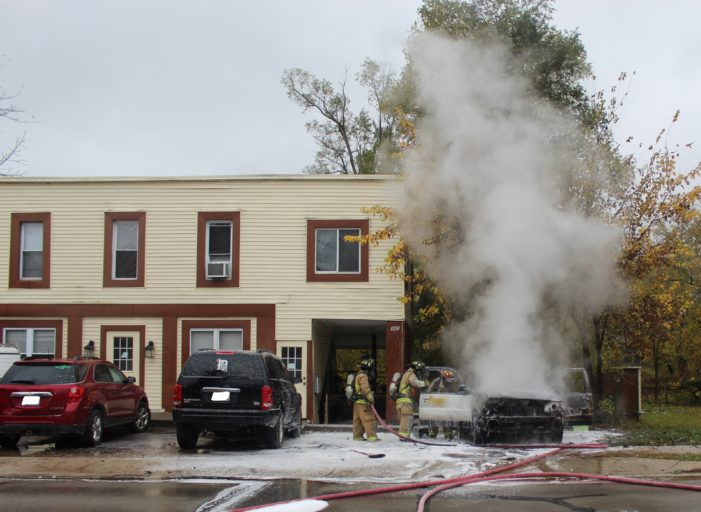 The Orion Township Fire Department responded to the scene and quickly took control of the situation, with firefighters dousing the burning vehicle and an SUV next to the car.

“It was a pretty basic car fire. The guys did a great job of knocking down the fire and containing it,” said Orion Township Fire Department Assistant Chief John Pender.

The cause of the car fire was determined accidental in nature, but what actually sparked the car to burst into flames is unknown, Pender said, adding that a resident had been trying to repair the vehicle.

A neighbor who lives across the street also said that a resident of the apartments had been working on the car “for a while trying to get it running.”

Pender said no one was injured during the incident.

The apartments were evacuated as a precaution while firefighters went in and cleared the building of any possible spots where flames or debris from the vehicle may have landed.

“With a car fire that close to a building it’s always concerning, but the structure was okay,” Pender said.