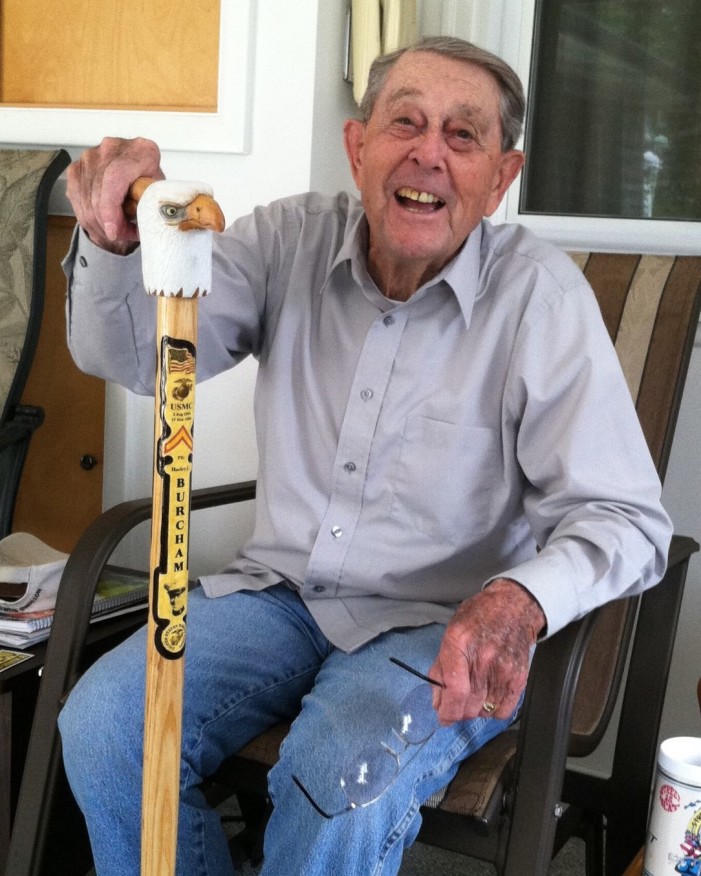 Joe was a long time resident of Lake Orion and a proud supporter of the Orion Veterans Memorial. He was known for his love of his country and he loved to travel through it. In his early married life, many Sundays were spent exploring Michigan with his 3 young sons and his wife Beverly. Later in life he traveled the country extensively with his 2nd wife Kelley. Joe had a sometimes gruff demeanor, but he was loved by all who could see through that to his giving heart, and he will be deeply missed by all.

Funeral services will be held on Monday, January 28, 2019 at 1 p.m. at Sparks-Griffin Funeral Home, Lake Orion. The family will receive friends on Monday from 11 a.m. until the time of service. Interment will be between the two loves of his life at Ottawa Park Cemetery.

In lieu of flowers and in honor of Harley Joe Burcham, please make donations to the Orion Veterans Memorial. www.sparksgriffin.com