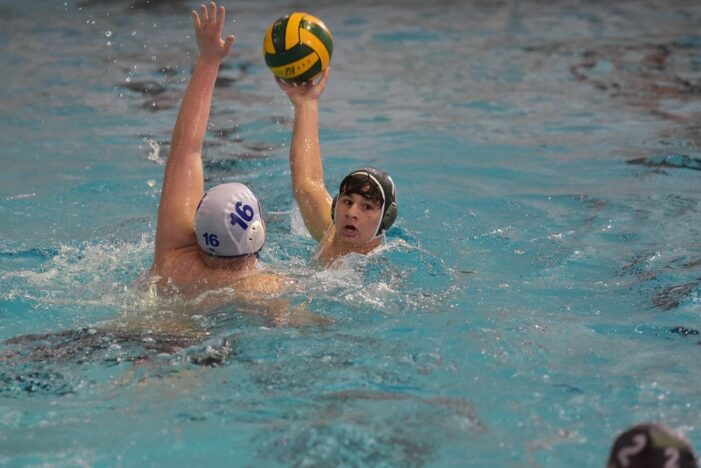 On Thursday, April 1, the Dragons United boys water polo team faced tough opposition from Mason and were victorious, with Lake Orion junior Jack Watt, strong in the net, holding off the opposition until the closing buzzer sounded with a final score of 10-9.

Watt had six saves and three steals as well to fend off the Bulldogs.

The Dragons were led by Lake Orion senior Dane Herrick, who was a force at both ends of the pool with five goals and five steals.

Herrick was joined in the offensive rally by Lake Orion junior Noah Watt who also added five goals and added his strong defensive skills as well, racking up two steals to keep the fast-paced action returning to the Dragon scoring side of the pool.

Due to spring break, the Dragons United girls team was small in numbers, but large in grit as they scrapped the entire game, from end to end of the pool.

They faced a tough loss to Mason, 10-3, but put up a battle. Lake Orion newcomer senior Emma Giem led the team at both ends of the pool with one goal and two defensive steals.

Her efforts were joined by Lake Orion junior Dakota Guldi and Clarkston junior Elin Gebrowsky, who each had one goal and one steal.

The Dragons continued to fight defensively with Lake Orion freshman Cheyenne Guldi and Oxford senior Emily Geda each adding one steal a piece.

The Dragons will be traveling Saturday to take on Troy United.

Boys win a close game, girls get a tough loss in Dragon water polo added by mmkelley on April 7, 2021
View all posts by mmkelley →