Do not relocate Bruce

This letter is on behalf of Bruce Gertz in regards to the recent proposal to have him relocated. My family moved to the Lake Orion/Oxford area three years ago. One of the first people they met was Bruce. My family has a special place in their heart for Bruce, providing him food, money, contributing to […]

As I understand it there is an Orion Township committee studying the single hauler issue. If Orion Township does in fact go that way there is an important stipulation that should be in the contract with the new hauler. I live in the northwest corner of the township and we have several private roads with […]

In the last couple of weeks, I cogitated (good word) about some events and issues that were on my mind. This week I want to continue those thoughts. Nothing says “Happy Birthday America” better than a cacophony of exploding roman candles, bottle rockets, cherry bombs and artillery shells perpetrated by a band of incendiary neighborhood […]

Swimming in a lake on a hot summer day is one of life’s true pleasures, unless the water contains potentially deadly bacteria or chemicals! So, should you should stop swimming in lakes? Residents living near Michigan’s many lakes often want to know if the water is safe for swimming or fishing. One concern is E. […]

By Jim Newell Review Editor The Orion Hawks adaptive softball team came from behind to defeat one of their toughest rivals, the Waterford Sluggers, 15-12 on Thursday and remain undefeated on the season. With the win against the Sluggers, the Hawks – part of the adaptive softball league for those with development disabilities, with or […]

The Skymasters RC Club of Lake Orion held their air show and open house on Saturday at the Bald Mountain Recreation Area off of W. Scripps rd. The weather was perfect for take off with dozens of fliers from both the Skymasters and the Pontiac Miniature Aircraft Club joining in on the fun throughout the […]

Crossroads for Youth named official recipient of ‘Design For A Difference’ makeover, Northern Flooring and Interiors to host fundraiser

Lake Orion High School’s boys golf team took home their first ever state championship last month at The Fortress Golf Course in Frankenmuth, MI. “This is just a great moment,” said senior and captain Drew Coble. “We worked very hard for this all season long. We dreamed about this all through the year. We started […] 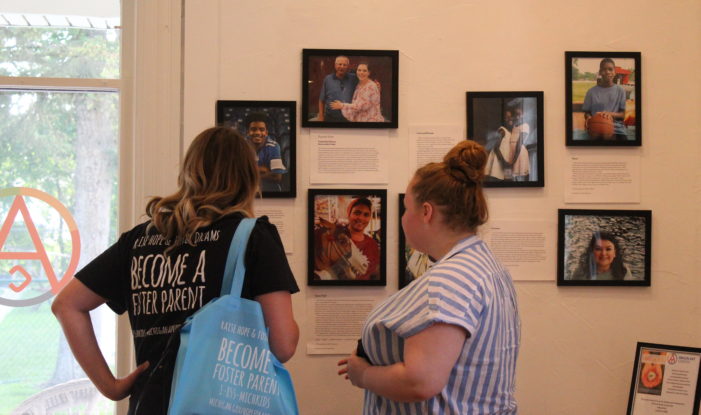 By Megan Kelley Review Writer The Orion Art Center has partnered up with Art and Soul Dreams to feature the “Every Child is a Work of Art” exhibit through the month of July. “I had already planned for the exhibits this year but I had an email from Melissa (Parks) explaining to me what her […]