Challenge organizer starts his own petition of support By Jim Newell Review Editor A proposed triathlon in downtown Lake Orion is heading back to the Lake Orion Village Council on Monday for another public hearing and consideration after councilmembers decided not to take action on the event during the May 28 meeting. But the Lake […]

By Jim Newell Review Editor The Orion Township Board of Trustees voted unanimously, 7-0, to raise water and sewer rates 14 percent, effective July 1, during the board’s meeting on Monday. The vote came after Director of Public Services Jeff Stout made the request to increase rates. “We need to get close to what I’ll […] 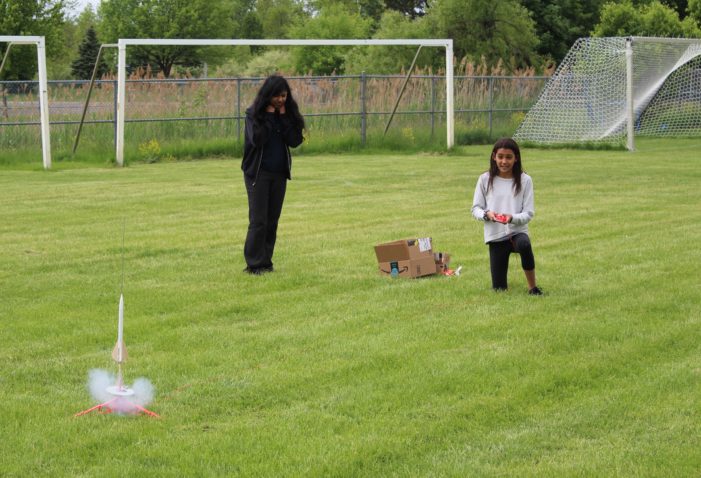 By Megan Kelley Review Writer A few students at Scripps Middle School spent some time last week attending the “Girls Can Blast Off Into STEM” workshop. The workshop, led by International Academy student and Scripps Middle School alumni Neha Dwibhashyam was created with the goal of getting girls interested in careers in Science, Technology, Engineering […]

A Lake Orion man is dead and his mother is in critical condition from unknown causes after they were discovered in a home in the Village of Lake Orion. A Lake Orion Police Department Code Enforcement Officer found the victims after the officer went to check on a home that had tall grass and weeds […]

By Megan Kelley Review Writer In the early hours of the day on May 29 the Oakland County Sheriff’s Office received two different calls regarding a supposed threat against Lake Orion High School. One of these calls, from the Michigan State Police’s “OK to say” line, cited an Instagram post titled “killthekids98” which referenced LOHS […]

By Megan Kelley Review Writer Lake Orion, while often viewed as a relatively well-off area, holds a population of students in danger of food insecurity. Lake Orion Community Schools itself has almost 1,700 students who receive free or reduced lunch throughout the school year, said Dawn Ames, the Director of Family Ministry at Lake Orion […]

U.S. Representative Elissa Slotkin held a coffee-chat on Monday at ABeanToGo in Downtown Lake Orion. Dozens of residents came to talk with Slotkin about issues such as the current political climate, House bills and what Michigan’s 8th district Representative is doing to keep her campaign promises. Rep. Slotkin discussed her ideas for bringing more jobs […]