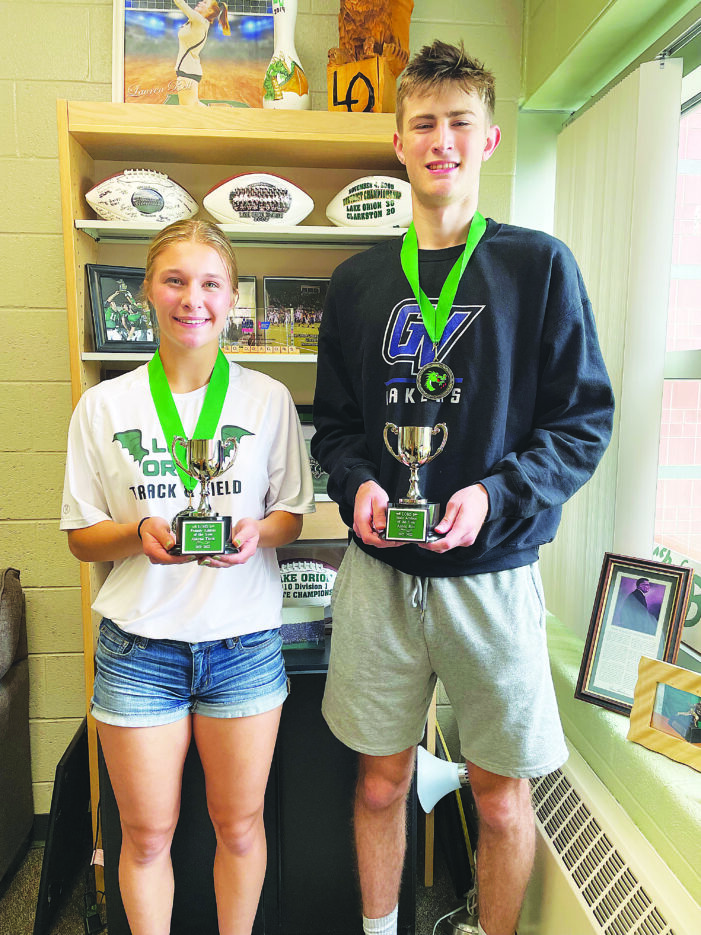 The Lake Orion High School athletic department named recent graduates Alayna Tisch and Alden Ritt Lake Orion’s Senior Student-Athletes of the Year for the 2021-22 school year.
The award is given out annually to one male and one female senior to honor and recognize their excellence both in the classroom and in their given sport.
Tisch was a four-year varsity runner on the LOHS track and field team. During her junior year, Tisch won both the Oakland County and Regional Championships in the 300-meter hurdles and captured another regional title in the 100-meter dash at 12.62.
This year, she finished second in the region in the 100-meter and third in the 300-meter hurdles. She was also on the Dragons’ 4×200 and 4×400-meter relay teams and qualified for the Michigan High School Athletic Association (MHSAA) Lower Peninsula Division 1 State Meet at Rockford High School where she finished 10th in the 200.
In the classroom, Tisch boasts a 4.6 GPA and she plans to attend Michigan State University to study Economics.
Ritt was a three-year varsity player for the boys basketball team at LOHS and has helped lead the program to consecutive league titles as a junior and senior, earning All-Oakland Activities Association (OAA) accolades both years.
Ritt holds a 4.2 GPA and will attend Grand Valley State University in the fall to study Finance and play basketball for the Lakers. — M.K.