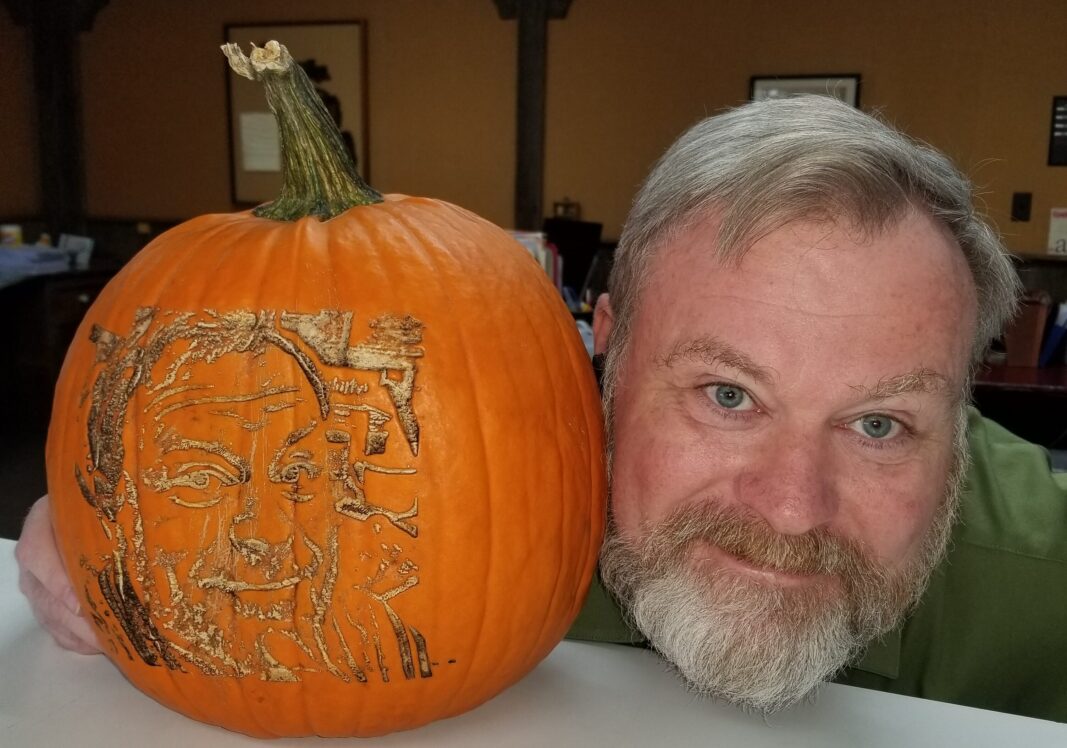 Yeah, it has been a long and wet summer/fall season. I think since that tree fell on my roof and kilt my house back on Tuesday, June 29 it has only rained 365 days, bringing down about 167 inches of water. (Okay. That could be a wee bit of an exaggeration. Maybe it only seems like that many days of rain and that many inches of water, because as I write, early Monday morning, it’s been raining all night and my roof still leaks from that June 29 tree fall. Yup. Roof ain’t fixed yet. Which, I am sure may lead to another column at a later date.)
Now as I look at the calendar, I see it’s the last week of October. And, it’s raining. I looked at Weather.Gov’s 10 forecast for the area and it says rain today, rain on Friday and rain on Saturday. On the Donny Sunshine side of things, on Sunday — Halloween — it’s not ‘sposed to rain. Partly cloudy with a high temperature of 54 degrees and a low of 39.
Hurrah for all you ghost and goblins because you won’t need to wear your rubbers as you go door-to-door, trick or treating.
Seems to me, growing up, it was always a squishy Halloween with either a mist, rain or a rain-snow combination soaking we kids.
* * *
I looked online and found the coldest and warmest Halloweens in Detroit, according to the National Weather Service. The coldest was in 1925 — 44.5 degrees. The warmest was in 1963 — 62.7 degrees.
* * *
It must be colder up here than in Detroit, because as was already stated, there were Halloweens when there was snowy-rain. Call me kooky, but I don’t think you can have snowy-rain at 44.5 degrees.
* * *
I specifically remember one particular snowy-rainy Halloween night, because I was in either 9th or 10th grade and I dressed up as the Incredible Hulk. Painted legs, arms, chest and face green; wore tattered shorts and stretched my little sister Barb’s tee-shirt over my incredible bulk. To say the fit was tight would be an understatement. My sister Barb, when she was fully grown may have grown a hair or two over five-feet tall — and that was only because she had big hair. I was much larger and the outfit left more green showing than it covered.
It was cold that night. It was snowy-rainy that night. The makeup rain that night. The clothes were green-stained and soaked. I still got candy.
* * *
What does it cost to whip up a Halloween costume these days? I think I shelled out about $2.50 for the green makeup.
* * *
Wondering out loud: how long will it be before all area school districts get rid of holidays like Halloween and Valentines Day? I believe it was the East Lansing School District that canceled these holidays because they’re exclusionary and make some kids feel bad.
* * *
Readers may remember Natalie H., from Clarkston reviewing one of my columns, “I think my evil plan worked.” Natalie’s comments caused a number of other readers to write. This by the way, makes be very happy because reading and writing are super important in a free and open society. Anyways . . .
In the original column I went out an ledge and postulated, “Dare I say, they cringe (albeit inside) when Junior comes home wearing black clothes, black lipstick, and black eye-shadow with loud piercings and tattoos. Not that there’s anything wrong with that look, I just bet dads cringe when first they see ‘the look.’”
Natalie H. sent me another missive on my original column — about 800 words. I do not have space for her letter. Needless to say, she again took me, your hero, to task. I will post it online for folks to read if they care to. However, after reading Natalie’s words and the words of others, I got to thinking.
And, I thought.
And, I pondered.
And, then it hit me. It was a eureka moment! I think some of you all missed what I was saying. I think you think I said parents should be mean and crush their children’s hopes and dreams. I think, if you look closer, without reading between the lines, you can see I wrote on the “inside” parents, especially dads, cringe when or if their kids were to come home looking a certain way. I didn’t say they belittle, bully or anything else beguiling. Parents just want their kids lives to be less stressful on their road to fufillment.
I’ll stand by my statement of cringieness.
Send comments to DontRushDon@gmail.com

Here is what Natalie H. wrote. Thanks N!

I see the saga has continued, haha. I don’t know how long these things usually go on for, but if I may, I do have a couple comments from the last installments of the continuation of your “evil plan” article. (Excuse my messy switching between the use of second and third person; I am addressing this response to three people at once.)
First I would like to say thank you to Lillian S. for her kind words; my family and I were very amused. I think Lillian also made some good points about Don’s response to my first commentary. Specifically, I agree in large part with her point about Don “[not acknowledging]” the points I mentioned. To be honest, Don, I would say that your answer was a bit on the vague side, and regarding your comment, “Read Lord of the Flies to see what happens when kids rule,” I would say that the result is often not much better even when adults rule. Adults are just as much of troublemakers as kids are; it’s not like they suddenly become wise all-knowing beings with no mistakes at a certain physical age. But anyway, I am getting off track.
This leads me into what I would like to say to Michael F: Michael, I respect your opinion and I am glad you had a father who taught you some wise lessons. That is completely fine with me. But the issue I have is with the idea (shared by many people) that children are mindless creatures that can’t think for themselves until a certain age. No, it doesn’t mean they know everything, either, and it is fine for parents to teach things to their children. But there is a fine line between “teaching” and enforcing one’s opinions on others even when it is not necessary (in order to live a safe and happy life, while being a kind person).
We have gone astray from the original topic here. For the record, I am not saying that Don is a bad parent. We can see from his sons’ comments that he has many things going for him. However, the main issue discussed in Don’s original article was regarding judging one’s character by physical appearance, or in other words the importance (in Don’s opinion) of conforming to certain norms of appearance. Just because you let your child dress how they want, get tattoos, piercings, etc., does not mean you are a “snowflake”, as Michael calls it. You can still be a loving parent who keeps their child safe and happy, and teaches them to be a kind person in society. Just because your child dresses differently does not mean they will suddenly become a delinquent. I also disagree regarding the “I’m your father, not your friend” idea. I believe that you can be a parent, but still be a friendly parent. My own parents have always been this way; yes, they still had rules and consequences and taught me right from wrong. However, they also gave me the freedom to express myself how I wanted and involve myself in whatever activities I found interesting. This has helped me develop through the years, and I am doing just fine, a perfectly functioning member of society. Children who do turn out to be delinquents have a lot more problems going on in their family life than simply being allowed to dress freely.
One last thing I challenge from Don’s second article: Don, you mentioned that this issue was related to parents not wanting their children to be bullied or picked on. Of course, this is true; no parents want their children to suffer, but at the same time, children are aware of this as well. Nowadays I believe fewer kids get singled out for matters of appearance anyway, because more of a culture of acceptance has been created in recent years. However, even if they do get bullied, if the child is willing to accept the consequences but still wants to make a statement with their self expression, more power to them. (Of course, unless any bullying escalates to an alarming degree.) Seeing others express themselves without fear will lead to more and more people doing the same, so that eventually different styles will be more accepted and fewer people will be bullied. (I mean, think about it, once upon a time women were discouraged from wearing pants, but look where we are now.)
My apologies for such a long response…but I do quite enjoy this.
Natalie
P.S. Only answer your phone in the bathroom if you’re 100% sure you won’t make a single sound that indicates where you are. And even that is risky, so I would say only do it if necessary.